Here’s to all the women who live life to the fullest, those who have paved the way for increased opportunity in the past and present, and those men who have chimed in with their undying support. It is my wish for women worldwide that we continue to raise our voices, proudly work and raise families if we choose, and celebrate our unity and spirit.

Read more about celebrations, history, education and advocacy happening today around the world. 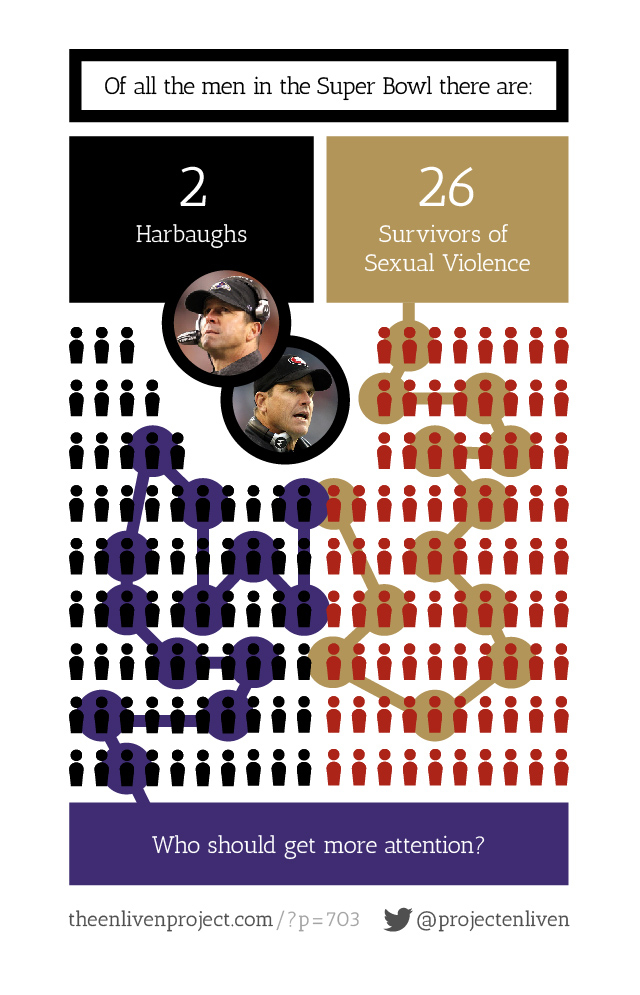 The Super Bowl statistic we aren’t talking about.

via The Enliven Project:

1 out of 6 men on the field next Sunday could be survivors of sexual violence.

Just to be clear, we don’t know whether specific players have had specific experiences.  We simply want to you to look at the men in your class, the men in your family, and the men on your favorite sports team with this statistic in mind.

Too much shame and stigma exists for all victims of sexual violence. But the stigma is even greater for men, many of whom believe they should have been able to protect themselves or fear that friends and family members will think less of them if they come forward.

There have been a handful of brave and courageous men – R.A. Dickey, Tyler Perry, Scott Brown, and Keyon Dooling to name a few – who have stepped forward and are generous in sharing their stories and experiences so that others can be less afraid to break silence.  But these men are not the exception.  And their stories are more common than you think.

I respect and support this awareness campaign. Share if you do, too. 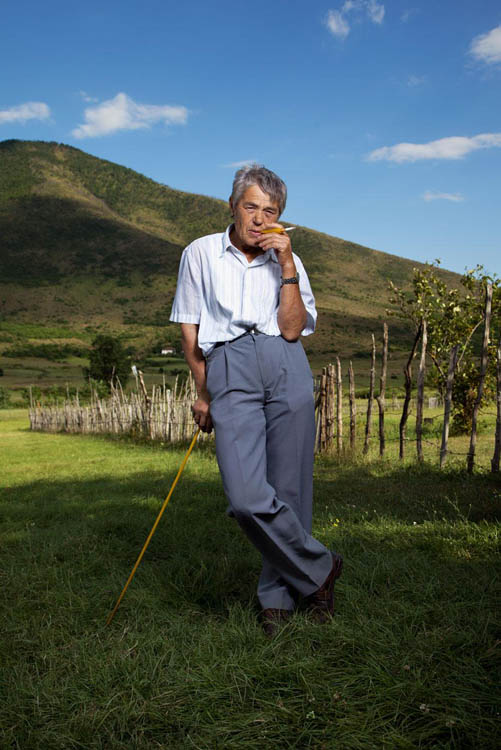 I thought it would be fun to include a slide in my upcoming class about the history of meetings, and my research yielded an awesome list of 10 fascinating meetings in modern history. Here’s an excerpt:

On July 15th 1975 two men aboard the Soyuz (from the Soviet space program) and three men aboard the last Apollo mission (from the US space program) were launched within seven and a half hours of each other The Astronauts & Cosmonauts were to perform some experiments but the primary purpose of the mission was symbolic and was an attempt to ease the tensions between the two superpowers. On July 17, Stafford and Leonov met and exchanged the first international handshake in space through the open hatch of the Soyuz. The spacecrafts remained linked for 44 hours, long enough for the men to pay visits to each other’s ships,eat together and converse in each other’s languages. The Soviets remained in space for five days, the Americans for nine days.

Interesting Fact: The Americans and Soviets exchanged flags and gifts including tree seeds which were later planted in the two countries.

Something neat about the 10 meetings selected is that the two people are not always natural allies, but the meeting is completely civil and invited. Part of my enjoyment of effective meetings is having two parties come to a table from different perspectives to discuss mutual goals or to share a unique ideology for the dual purposes of informing and learning. This actively engaged communication helps communities and people grow instead of fester in one-track mindsets.

An observation: none of the meetings featured include women, which is a reminder of how recently it’s been since women have been recognized in history. Why not include, for instance, when Harriet Tubman met WIlliam Still in 1849, from which meeting the Underground Railroad could grow significantly?