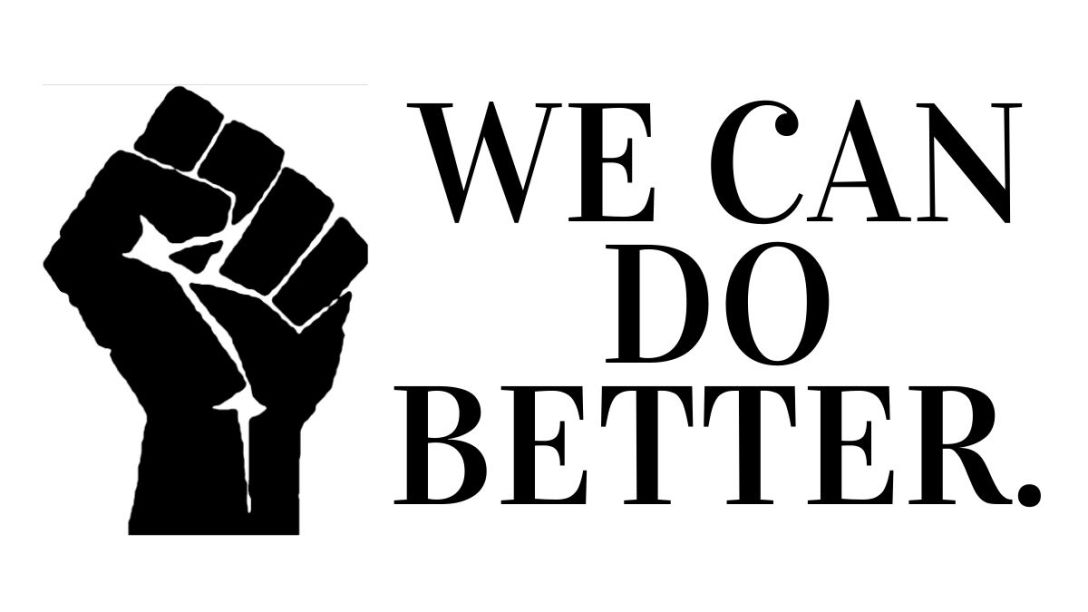 *Let’s start with the term “antiracist,” since I know this term alone causes many to go on the defensive. A common thing I hear from people: “Hey, I’m not racist! Are you saying I have to be explicitly not racist or else you’re going to label me racist?! That’s ridiculous.”

Systemic racism is baked into America. It’s so baked in that as a white person, I often don’t see it. It has taken me years of deep listening, learning, and unlearning to see just how baked in it is, and even still, I have plenty of blind spots and more growth to do.

If I didn’t continue to listen, learn, unlearn, and misstep, the truth is I’d probably be fine. My life would continue to be ok. That’s white privilege. White privilege has led to white supremacy culture, which Showing Up For Racial Justice defines as “the idea (ideology) that white people and the ideas, thoughts, beliefs, and actions of white people are superior to People of Color (POC) and their ideas, thoughts, beliefs, and actions.”

If the terms white privilege and white supremacy culture feel unfamiliar or uncomfortable to you, I understand! Like the term “racist,” these can feel loaded and accusatory. But, these are important concepts to understand and sit with. It’s ok if they raise tensions for you; that means you’re probably doing important reflection on the complex society we live in and the identity you hold in it. My list below will be relevant to you only after you start from a place of understanding these terms. White Privilege: Unpacking the Invisible Knapsack by Peggy McIntosh and The Characteristics of White Supremacy Culture as excerpted from Dismantling Racism: A Workbook for Social Change Groups by Kenneth Jones and Tema Okun are two accessible starting places. Neither is long; both will feel weighty. As you read these pieces, I encourage you to not try to “solve” your whiteness, but to sit with it and reflect on how it has affected your presence in the world.

This graphic has been oft-adapted and shared, and I believe offers helpful examples of white supremacy, especially for well-meaning people who are just starting to learn about this term and all of the ways it plays out in society.

Next, please watch this Public Address on Revolution, shared yesterday by Rachel Cargle. It powerfully grounds us in the current moment to encourage action.

I promise, we’re getting to a list of lists. But before we do, I want to offer three more thoughts:

This blog post will already have had holes and things I could have framed or said differently. But an important piece of working every day toward being antiracist is not sitting in silence. We can’t be so afraid of getting it wrong that we pretend like nothing is happening, and that our siblings of different races don’t hear that deafening silence.

We exist in shared humanity. Antiracist work is ongoing until society transforms to be fully just and equitable. To embrace what true shared humanity looks like, we all need to take antiracist action.

There are people far more knowledgeable, thorough, and thoughtful than this Jeneralist can be, and voices who should be centered far more than my own. So, the below is a list of 13 lists authored by some of those people and platforms that will break down a variety of ways to learn and show up as an antiracist in this world.

You’ll notice that most of these are simple formats and social media based. While not all of my readers are on social media, this is content everyone can access. (And, for those of you who are on at least one social media platform, start following people with different identities and listening to what they have to say.) While the bite-sized nature of social media can often miss nuance, it can be helpful for simplifying giant challenges into manageable pieces. That is my aim for readers of this blog—there’s action to take today that you shouldn’t have to sit and think about for weeks.

Within these lists, there are ways for you to activate in a way that meets you where you are. You don’t need to be an expert to start contributing to an antiracist society.

Leave a Reply to Consuming, producing, and trying to make the best world for all – CarFreeRambles Cancel reply