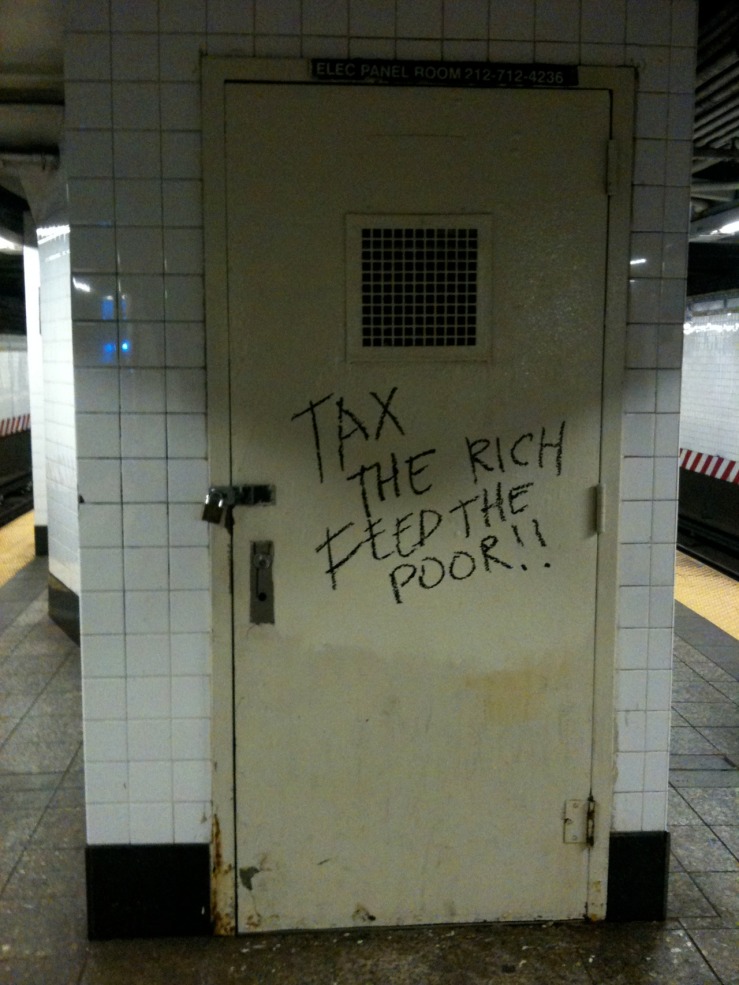 I know graffiti is “just graffiti” and I shouldn’t read into it, but I did. I generally agree with the sentiment here (access to affordable, healthy food should be human right, especially according to the values on which our country was founded), but don’t think it accomplishes anything. Clearly, the intended audience is the government (unclear if it’s federal or state), and someone doesn’t like the inequity between rich people and poor people as status specifically relates to food. This just doesn’t sound productive though; it sounds spiteful and reminds me of an uninformed bumper sticker. Also, who’s even seeing this statement? Was it written out of sadness? Anger? Boredom? Does the door ironically lead to a hidden vault of unspent government money? (Ha!)

My only point with posting this is that even though I’m questioning its original intent and effectiveness, it still made me think, which it might make you do, too. And maybe just maybe, one of my readers, or your readers or friends, will find some use for it to change attitudes or policy, and therefore do what no other single statement catalyst has helped our country to do.