Behind The Scenes At The Final Days Of 30 Rock:
Last day at the writer’s room.
Last table read.
Last shooting day. (x)

the ground covered in confetti, including wishes from around the world

It was incredible. I wasn’t with friends or family for the first time ever, which I thought would be weird, but the staff I volunteered with was wonderful and we had a lot of fun. Plus, everyone who was there was sharing this really special place and celebration, which just felt awesome. Everyone singing New York, New York together after the ball dropped while the confetti was flying was one of my favorite experiences since living here.

Oh, also, it was an interesting party to attend after the ball-drop:

are only clips, but maybe paint a little picture…

Kris sets up. I was surprised that the poles were so long and flexible having never seen it before!

Daren is an exceptionally fishy teacher. (But seriously, full of encouragement! Note the video below.)

I never bothered to learn what fly fishing was, because, frankly, it never came up. I don’t know anyone who specifically does it and talks about it, and it hasn’t come up in newspapers or literature. So, as far as I was concerned, fly fishing was the snarky way of saying you swallowed a fly because your mouth was open. Or something.

On Friday, I had the pleasure of learning a bit about the sport from Kris and Daren (of Foundant, the greatest grants management tool ever*). The goal is to catch fish using a flexible rod with attached line that has a really gross looking fake fly on the end. Wikipedia actually sums up the way to cast quite nicely:

The type of cast used when fishing varies according to the conditions. The most common cast is the forward cast, where the angler whisks the fly into the air, back over the shoulder until the line is nearly straight, then forward, using primarily the forearm. The objective of this motion is to “load” (bend) the rod tip with stored energy, then transmit that energy to the line, resulting in the fly line (and the attached fly) being cast for an appreciable distance. However, just bending the rod and releasing it to jerk the fly line forward (like a bowstring or a catapult) will not propel the fly line and fly very far. More important is the movement of the rod through an arc acting as a lever, magnifying the hand movement of the caster (of about a foot) to an arc at the rod tip of several feet.

I had a tough time with the bringing it back part. I think even though I knew I had to stop and bring that momentum forward, I kept bringing the rod too far back (like I was serving in tennis), which made for a less swift motion. Plus, I kept turning to watch it, which is probably fine as a beginner, but also most certainly interrupts the rhythm. I would also get so excited if it looked good that I wouldn’t keep it going. When Daren and Kris were casting the line, the motion and rod were basically silent, which is what you want; let’s just say mine was noisy. (surprise!) You can click on the photos to learn a wee bit more, and below is the evidence of all these things, and probably more:

If nothing else, it was really fun to try something so different and be taught by folks who are really passionate about it. I’m going to look forward to trying it again (maybe by water?) the next time I’m in Montana**.

*There will be a future work-week post about this; stay tuned and message me if you have any questions about the product!

**Driver to the airport told me there are direct flights out of Newark now. It was a beautiful place with the nicest of people; I’m not ruling it out for a long weekend!

I am SO EXCITED by my new custom-made kicks courtesy of guicemann (aka Charlie)! When I was recording Flee The Scene, Kasey and Dave told me about their own spiffy sneakers, and I loved the idea. I asked Charlie if he could possibly do a pair with all of my favorite Brooklyn things, and he surpassed my expectations. I love how unique they are and how perfectly suited they are for me. I highly recommend getting a pair of your own perfectly-you shoes; I’m happy to connect you! Such a great small business.

(Fun Fact: You might notice the black bike on the sneakers. I’ll never forget you, bike!)

From the National Archives:

White House speechwriter, William Safire, was asked to write a speech that President Nixon would make in case the Apollo 11 astronauts were stranded on the Moon.

It was never delivered, and this speech was quietly tucked away into Nixon’s records.

From – “American Originals” Treasures from the National Archives

This is so fascinating. I wonder what other speeches were written where the course of events rendered them useless and their anticipated significance was overruled by some other occurrence or outcome.

Better than Little League does it.

You’ve heard about Righteous Cowboy Lightning before either from my ump rant or 30 Rock, or if you’re truly awesome, both.

This* is this year’s softball team. We work hard, play hard, and cheer hard. It’s a fun bunch. Matt (one of our front row fans) started to make pretty awesome player cards. He tested out the design and feel on mine, and it made my week; this is the type of fun “professionals” don’t get to indulge in enough. It’s good for morale and a smile**, and some day, this card could be worth big money when I make it to the big leagues.

**to my grandparents who read this, “Jewish grandma” means I encourage people to eat food, stay hydrated, and stay safe on the base path. 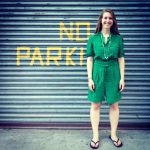 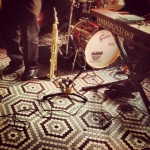 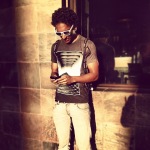 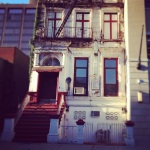 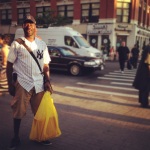 I went on a magic hour photography adventure with Anna* (top right photo; a brilliant photographer with a similar love for the city and the people here), and these were some of my favorites. Surprisingly (given the amount I talk with and observe strangers), I had never asked anyone if I could photograph them. Some folks were flattered, others indifferent, and others of course refused. When you have permission, you can really take the time to frame the photo, and that interaction can better inform the tone and feel of the end result. But, I also love capturing a moment without anybody’s knowledge, because it is completely natural. There is no feeling of posing or expressing oneself a certain way so that it ‘looks good’. The resulting mix of planned and unplanned photos is one that I am thrilled with and hope to do more of.

Click on any photo to view in high res. 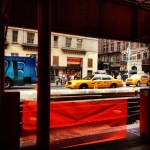 Chef Julia prepares for our class.

“Stretching” and mixing in hot water. 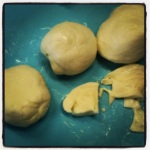 Not bad! Though they bounced a bit…

What goes on at MaxFunCon? More than you might think.

Cheese-making was one of the highlights of my weekend, because it was so hands-on, low-stress, high(maximum!)-fun, and extra tasty. Chef Julia Crookston engaged our long-lost scientific appreciation of proteins, schooled us on the etymology and mechanics of crème fraîche, hinted at the brilliance of Trader Joe’s and Costco’s dairy products, complimented our inventive rolling of mozzarella into balls, and wowed us with tastes never before tasted.

The photos help tell some of the story; for the rest, join me on a cheese-making adventure?

[Update: I tried doing this with two friends recently, and it went really well!]

What we do now

What we used to do

NPR put together these neat graphics and accompanying article showing what America does for work.

One personal point of interest is that the things that MOST Americans are doing aren’t the loudest and most spotlighted. Government jobs, for instance, aren’t generally given the same respect and limelight that financial activities jobs get. I am not attempting to make any deeper point here other than as a country, we may want to widen our public discourse perspective to be inclusive of the background of most of the working population. Democracy style.